Some NBA players are so skilled that if we were to put them in any era, situation, or team - they would outdo themselves!

These players are all-rounders who have the NBA flowing through their veins! Below are some of the players that we think would excel in their career and ball game, no matter which era they might havehad been placed in.

Kareem Abdul-Jabbar was an incredibly well-rounded player and one of the most decorated sportsmen in history. His longevity is absolutely exceptional, and there is no disputing his influence on both of the clubs he played for. 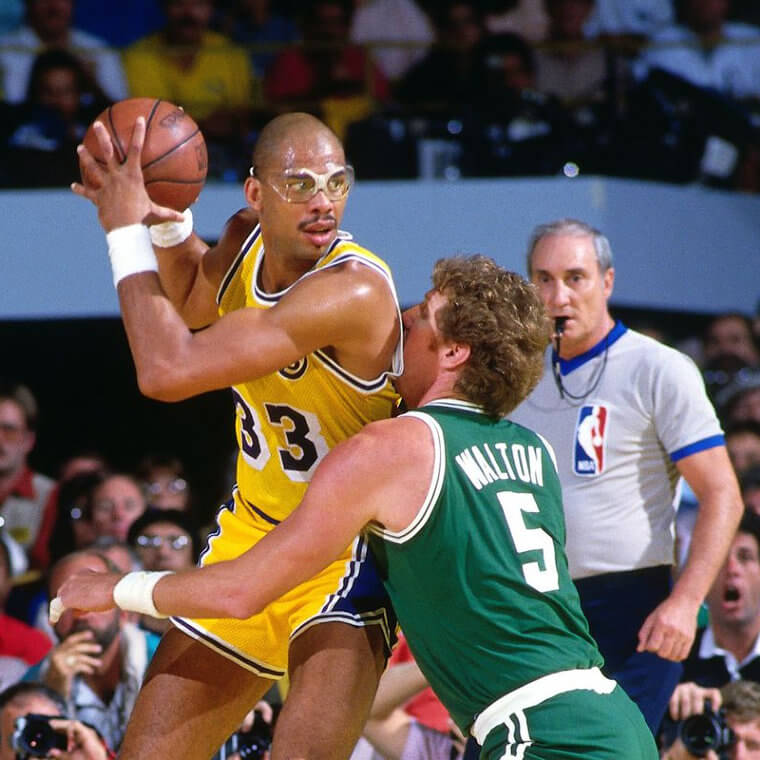 Screenshot
The Milwaukee Bucks were a 27-55 team in 1970, but a rookie named  Lew Alcindor (later known as Kareem) joined them and turned them into a 56-26 powerhouse. They became one of the all-time greatest teams after winning 66 games and the NBA championship the following year.

In his fantastic career, "Cap" went on to earn a record six MVP awards in addition to five more championships. It's possible that his 38,387 career points total - the most in NBA history - will never be surpassed.

Despite being lifelong Seattle sports fans, we had a fan-fling with the Spurs in the late '90s and early '00s. Yes, they played slow-paced ball that lulled most fans to sleep by the third quarter, but Tim Duncan's bank shot was beautiful.
Duncan was one of the greatest players of all-time during his prime, earning the moniker "The Big Fundamental" from none other than Shaquille O'Neal, a nickname authority. His flat playing style and quiet temperament hindered him from having a societal influence like other greats, but his four titles, 14 All-Star Games, and two NBA MVP awards prove his greatness.

When Shaquille O'Neal was at the height of his basketball prowess, few players could say they completely controlled the game. We're referring to a man who, due to his skill, was purposefully fouled every single night. 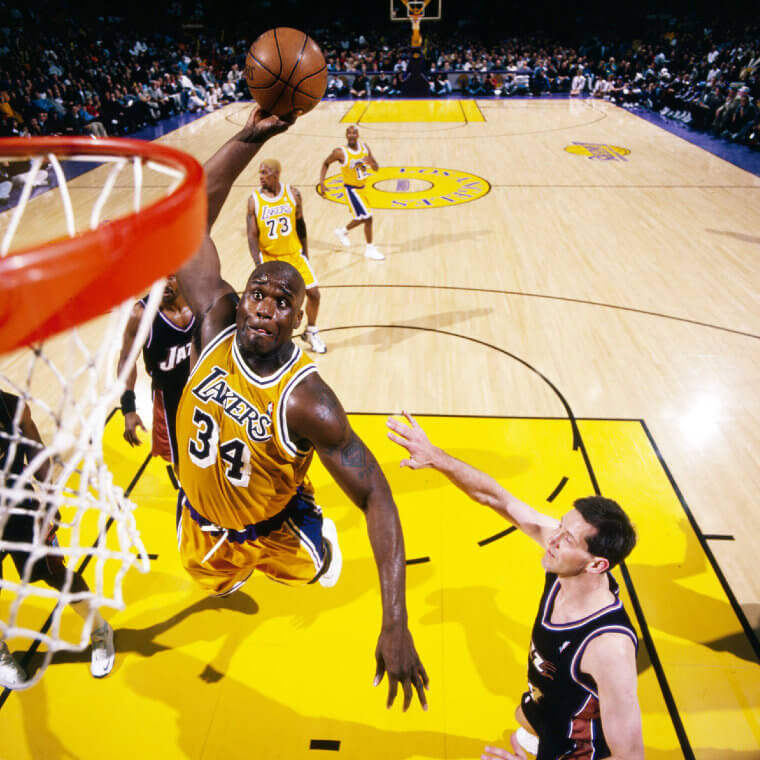 He was one of those uncommon players who, on any given night, might go off for 40 and 20. Shaquille O'Neal would have been taking down backboards in any period because he was the epitome of dominance.

Basketball should be played in the manner that Bird did. That's how easy it is. We like to believe that he is one of the toughest players the game has ever seen. Larry Bird was selfless, decisive, and competitive. Although "Larry Legend" is frequently complimented for his shooting and rebounding abilities, we have always believed that Bird's passing was the most vital aspect of his game.
He was a masterful playmaker who occasionally gave the impression of having eyes in the back of his head. His unselfish playing approach was utterly contagious. He won back-to-back MVP awards in the middle of the 1980s, three championships, and two MVP awards from the NBA Finals.

The NBA's most superb winner in history was Russell. He holds the unprecedented feat of having played 13 seasons - and being an 11-time NBA champion, meaning he missed out on the big prize just twice in his playing career. 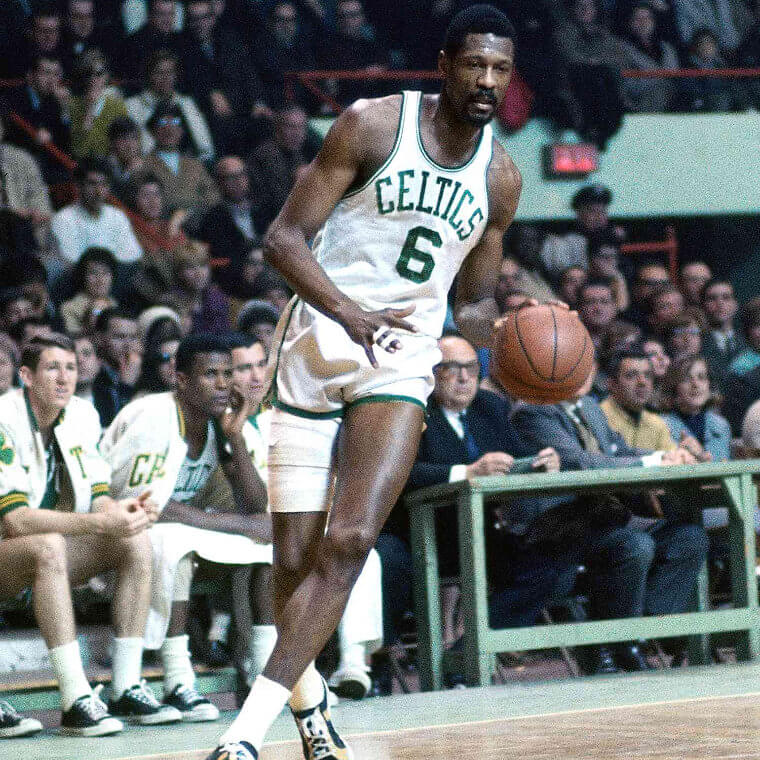 Screenshot
Before Russell joined the team, the Celtics played for ten seasons without ever making it to the championship series. Russell, though, drastically altered the franchise's direction in his first season and made the Celtics the NBA's most successful club. However, he didn't obtain his position on this list under some nebulous, ethereal "winningness."

Russell redefined the significance of shot blocking and was one of the best defenders of all-time. Throughout his career, he also averaged an astonishing 22.5 rebounds per game.

In his first four professional seasons, Chamberlain set the top four scoring averages  in the history of the NBA. The most remarkable of his scoring accomplishments was on March 2, 1962, when he scored an NBA record-setting 100 points in a single game.
In addition to his unrivaled scoring ability, Chamberlain was the only player in league history to average more minutes played per game than Bill Russell (45.8) while also grabbing more rebounds per game than Russell (22.9).

The 1970 season, in which Chamberlain was limited to just 12 regular-season games due to injury, was the only non-All-Star season in his 14-year career. Upon his comeback, though, he STILL managed to will his team to the NBA Finals.

What makes Michael Jordan special? Well, how about his exceptional athletic skills and unmatched passion for winning, paired with his ability to stand out from the crowd? No one wanted it as severely as MJ. That, more than anything else, sums up his playing style. 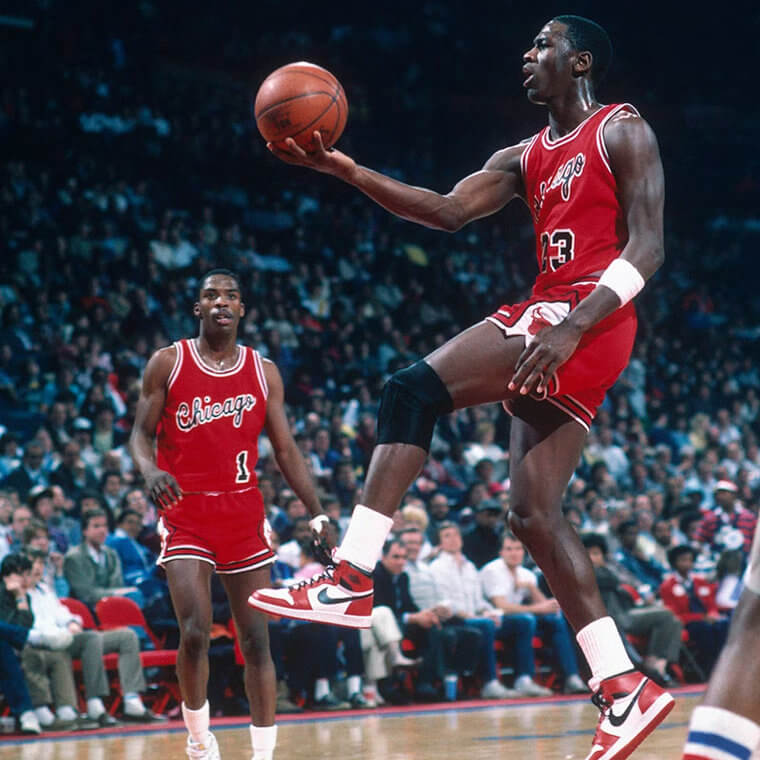 Screenshot
Jordan finished his career with ten scoring championships, five MVPs, six championship rings, and six Finals MVPs. He is the only athlete to have won both the scoring and Defensive Player of the Year awards in the same calendar year. He always kept his best performances for the big games and never lost in the Finals.

He'd cause chaos on the perimeter in any game played today. His athletic prowess would dominate his opponents if he were in his 60s. The greatest basketball player ever is Michael Jordan. We ought to give up on attempting to replace him.

Simply said, LeBron James does things that are inhuman and impossible. He moves as fluidly as the most agile guards in basketball despite being larger than a sizable part of NFL players. In addition, he not only dealt with the immense pressure of being named "The Chosen One" by Sports Illustrated as a teenager, but he also surpassed those lofty expectations.
As great as prior athletes were, they never faced the 24/7 media pressures James has. Since this list was published, James has averaged 27.5 points, 7.2 rebounds, and 6.9 steals per game. Unlike Oscar Robertson, he did so against great athletes and not halftime smokers. People criticized him for not winning early championships, but he led an overmatched Cleveland Cavaliers team to the 2007 NBA finals at just 22, pretty much all by himself.

Since then, he's won two titles with the Miami Heat. He constantly performs feats we've never seen and has changed his game to downplay his weaknesses.
✍ WRITTEN BY