Usain Bolt is a global superstar, and one of the most recognizable athletes on the planet. The world’s fastest man, now retired, is considered by many to be the greatest Olympian of all time - though Michael Phelps might have something to say about that. Charismatic, enigmatic, and utterly brilliant, Bolt was a force a nature during his career, and truly untouchable on the Olympic and world stages. Now the curtain has come down in his career, and the whole world waits to see what Bolt will do next, it seems fitting to take a look at his life and achievements so far. It’s fair to say there hasn’t been an athlete so globally revered, and so wonderfully electrifying as Bolt since Muhammad Ali was in his prime. Jamaica’s favorite son will forever be remembered as the greatest ever sprinter, and his feat of Triple-Double and (until recently) Triple-Triple will never be equaled. So, let’s meet the man behind the medals.

Usain Bolt was born in Sherwood Content, Jamaica on August 21st, 1986. He was one of three children, and his parents were greengrocers. Bolt took an active interest in sport from a young age, playing soccer and cricket with his brother, and, of course, running. By the age of 12, Usain had become the fastest 100m runner in his school. Upon entering William Knibb Memorial High School, he was encouraged to pursue track and field events and won a silver medal in the 200m at the 2001 High School Championships. Further success would follow in the World Junior Championships the following year. 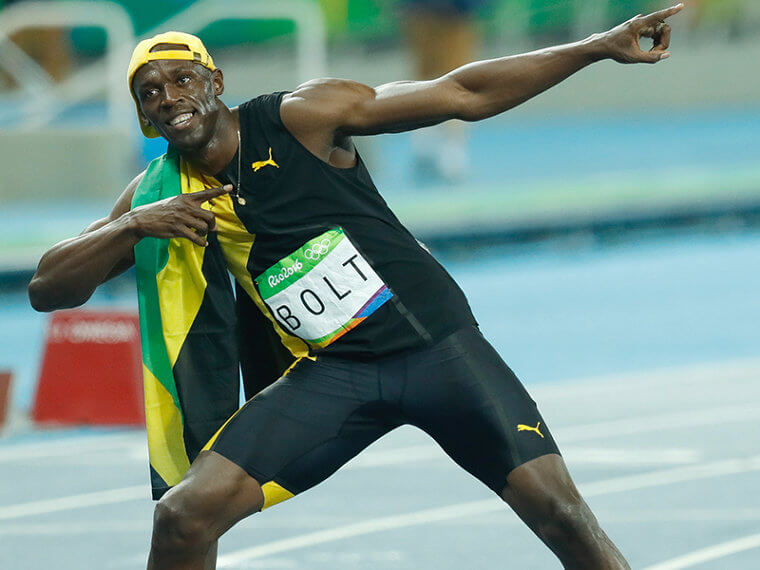 Wikimedia Commons
At these 2002 Championships in Kingston, Jamaica, the 15-year-old Bolt became the youngest ever world junior gold medalist. He then went on to win 4 gold medals at the 2003 CARIFTA Games, and followed this by taking on Fitz Coleman as his new coach. Even more success would follow, and Bolt established himself as one of the most dominant 200-meter runners in the world; an Olympiad was beckoning.

Bolt’s primary event was still the 200 meters by the time he arrived in Athens for the 2004 Olympics, full of swagger and optimism. Things didn’t go the way he expected, however. The promising Jamaican was hampered by injury and eliminated in the first round. Having the opportunity to move to America on a scholarship, Bolt refused, sticking to his Jamaican roots. In 2005 he started working under the coaching of Glen Mills, a man who changed his approach to athletics and made him a more professional runner.
He started to improve under Mills, picking up his first professional medal in the IAAF World Athletics Final 2006 in Stuttgart. It was around this time that Bolt started to develop a keen interest in running the 100m. His coach, Mills, told him that if he broke the Jamaican 200m national record, he could run the 100m. A few months later, the young man did just that, and a star was born.

In early 2008, Bolt defied the odds by registering the second-fastest 100m time ever, in the Jamaican Invitational in Kingston, before following it up with a world record time of 9.72s in May 2008. Later that year he would enter the Summer Olympics in Beijing, in both the 100m and 200m. Bolt scooped gold in the 100m, breaking his own world record, before claiming gold in the 200m, and breaking Michael Johnson’s 1996 world record in the process. He also took gold in the 4x100m relay with Jamaica. 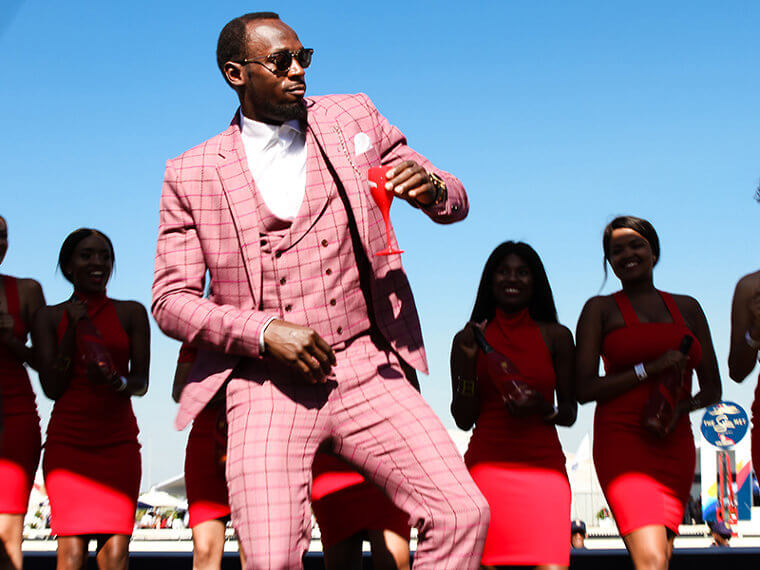 Wikimedia Commons
Following Beijing, Bolt was hot stuff in the sports world, and many wondered if he could continue to emulate this success. He continued to perform well in World Championships, and Commonwealth Games events, but the Olympic stage was where he came alive. At London 2012, the mesmerizing Jamaican won triple golds again, cementing his status as one of the best ever. Then, in Rio 2016, he achieved the unthinkable, and won an unprecedented Triple-Triple, immortalizing him in the sporting world.

​It’s pretty clear that Bolt is one of the greatest athletes of all time, and arguably the greatest sprinter ever to live. Sure, one of his medals (4x100m relay gold in Beijing) was rescinded due to a teammate being found guilty of illegal activities, but his gold medals in 100m and 200m for 3 consecutive games is a feat that will likely never be matched again.

The Best Exercises for Your Body

The best golfers in history

What Can You Learn From Boxing

How to Build Your Muscles Quickly