In football there are a few specialist positions, but one that often gets overlooked is the kicker. They only tend to step onto the field once every four plays, but when they do, they often make it count. Kicking is an essential part of football, in fact, and these players have mastered the art of the punt.

He might still be playing, but Justin Tucker is a machine when it comes to kicking. Tucker has already helped the Ravens to one Super Bowl victory, and he’ll be hoping he can help them to another in the future. He regularly kicks for over 5,000 yards in a season, and by 2017 he had never missed an extra point.

In the pre-Super Bowl era, Lou Groza was the main man when it came to kicking. He was a nine-time Pro Bowler after spending his entire career with Cleveland, winning four NFL titles. Groza played from 1946 to 1967, scoring a total of 1,608 points in 268 games. He is the first kicker who was a threat from outside 40-50 yards, earning him a spot in football’s vaunted Hall of Fame. 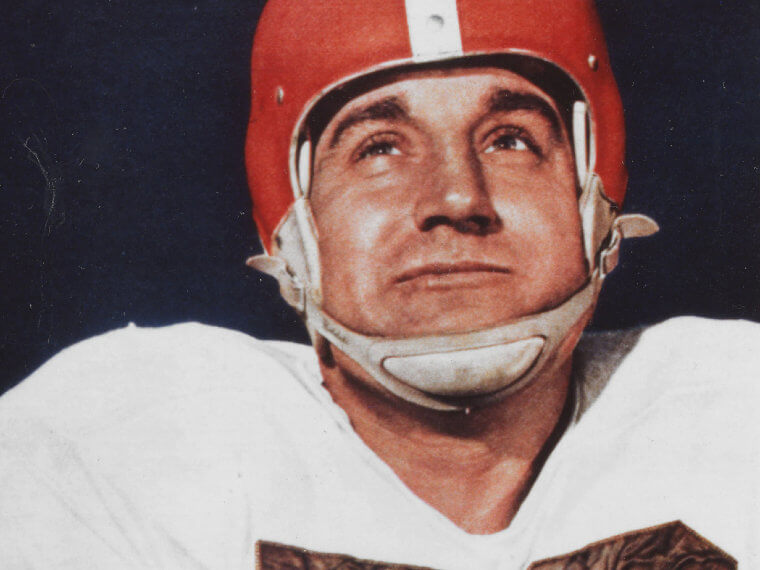 While most kickers are known for their ability with the ball at their feet, George Blanda could do it all. His passing range wasn’t limited to his feet, and his hands were also pretty useful. In fact, Blanda once threw seven touchdown passes in a single game. As a kicker, he was outstanding and was inducted into the Pro Football Hall of Fame in 1981. In 340 games, the iconic Chicago Bears kicker scored 2,002 points. His PAT percentage was 98.3 percent giving him the most extra points of any kicker in football history at that time.

Six-time All-Pro placekicker Morten Andersen had a storied career, playing for some of the league’s biggest franchises. He is one of a handful of kickers to make it into the Hall of Fame, but the best moments in his career came during the 1980s. 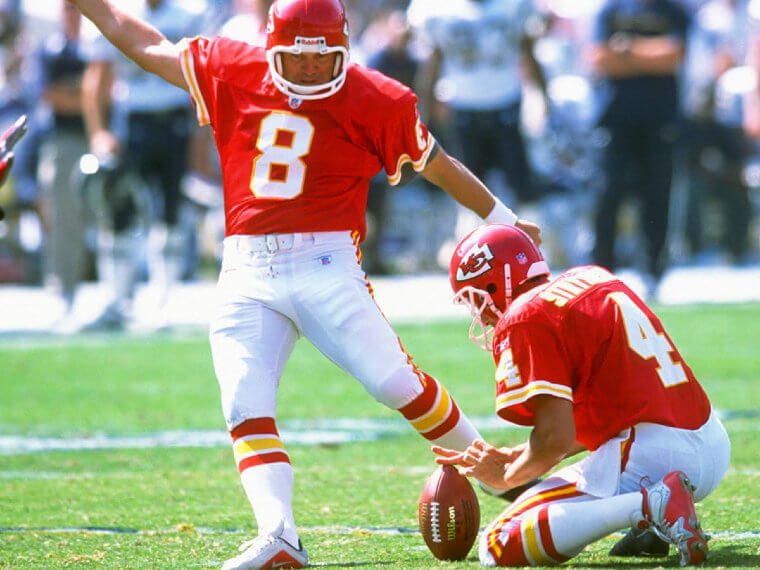 Screenshot
Andersen was a big name with the New Orleans Saints, but he was able to keep playing through three decades. The kicker ended his long career with the Minnesota Vikings in 2004, calling time on one of the greatest kicking careers ever seen in the NFL.

Adam Vinatieri knows a thing or two about winning the Super Bowl, and he can show off his four championship rings to prove it. The kicker was capable of scoring a field goal anytime his coach ran the play, with an impressive percentage of 84.3.
He is arguably the most famous kicker in the history of football after clinching the Super Bowl three times for the Pats of New England thanks to his field goals. At the age of 46, he’s still going strong, and remains in the league with the Colts, scoring a total of 2,600 points.

These kickers put the foot into football and made sure their names would never be forgotten. Between them, they have been integral in winning championship games and Super Bowls thanks to their outstanding talent.
✍ WRITTEN BY